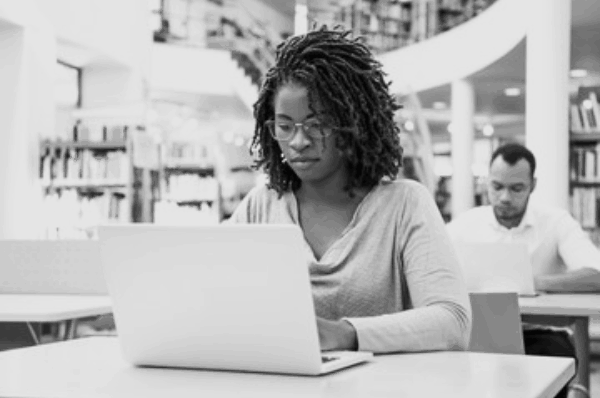 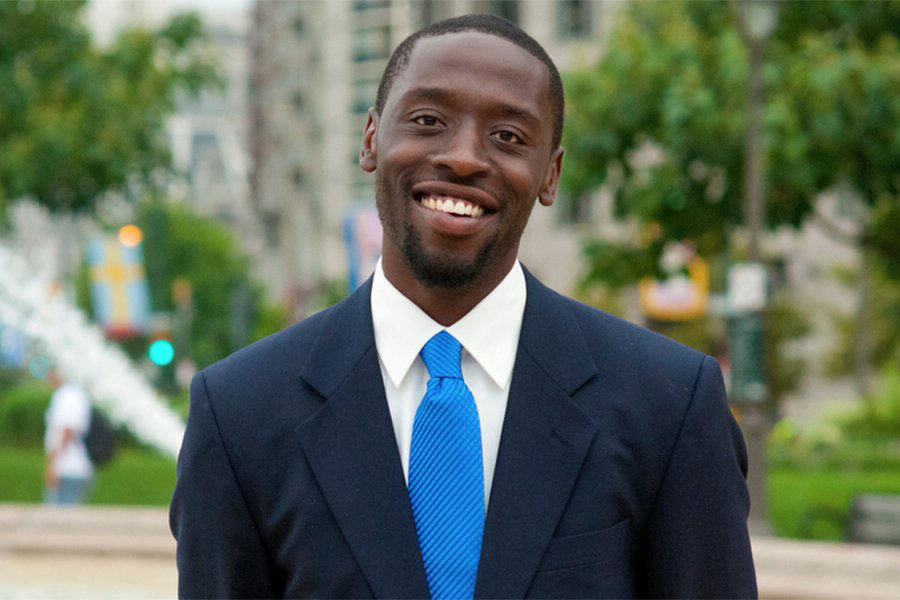 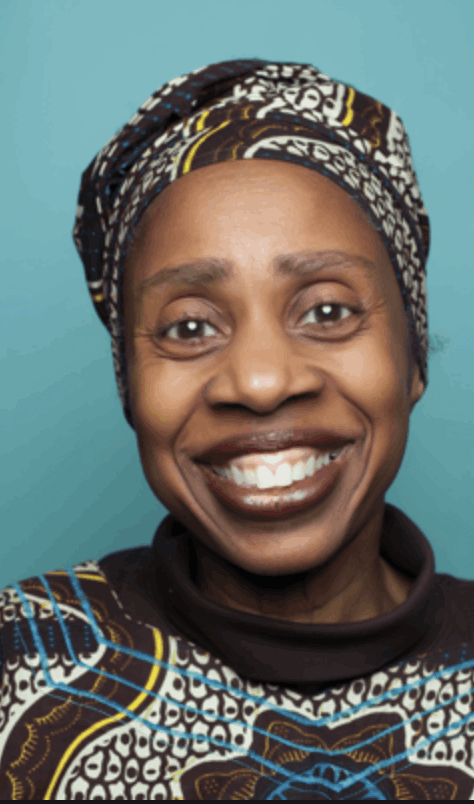 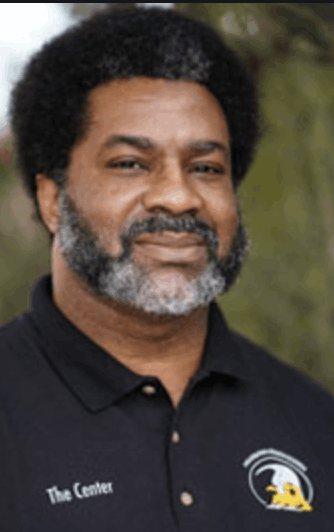 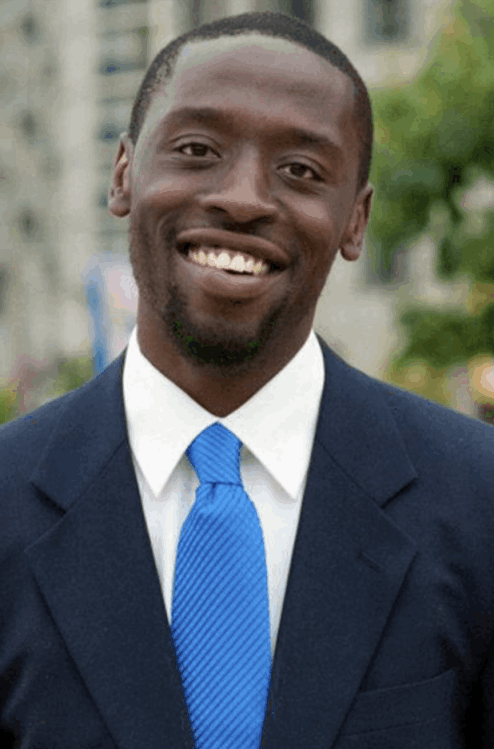 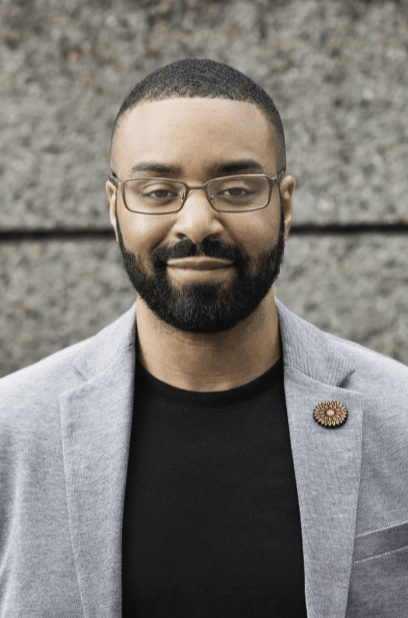 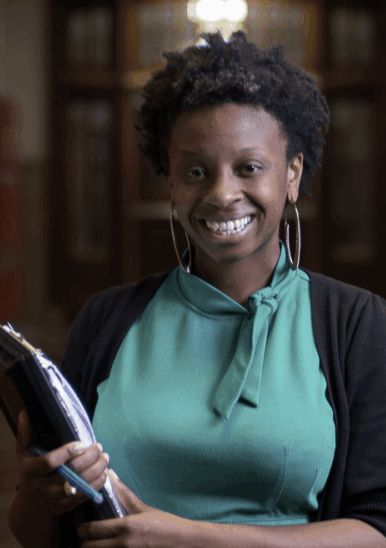 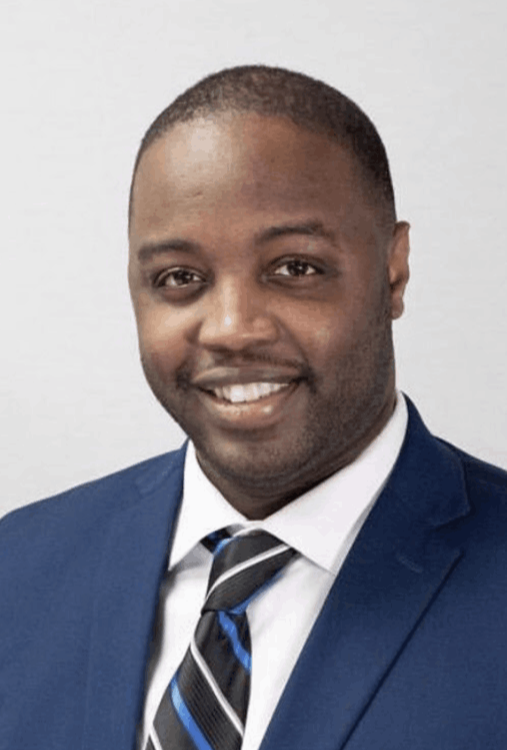 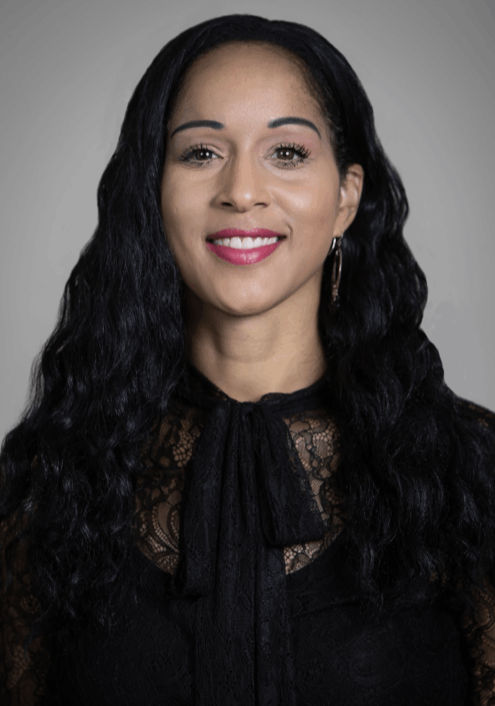 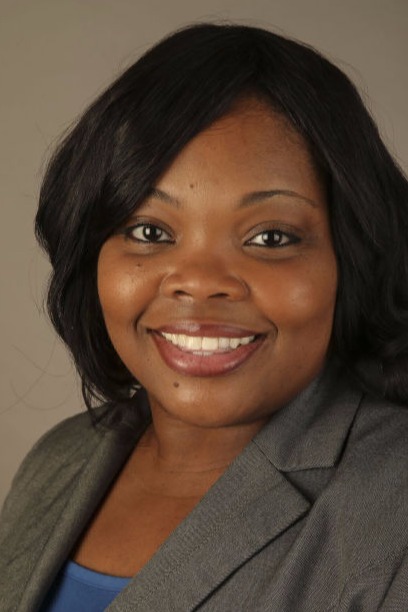 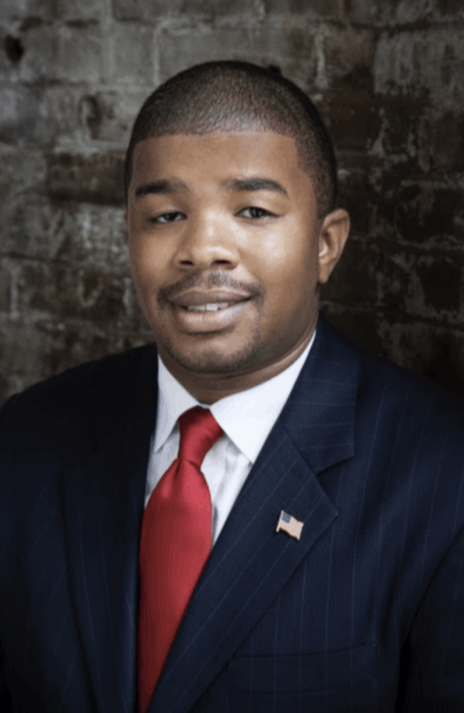 Lincoln University Board of Directors 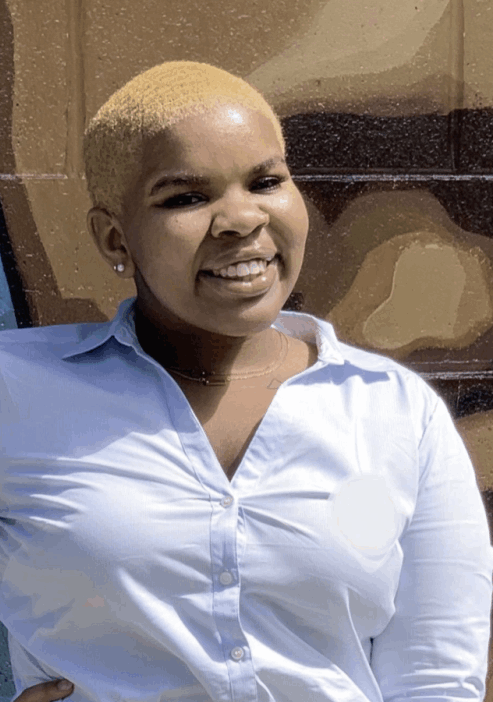 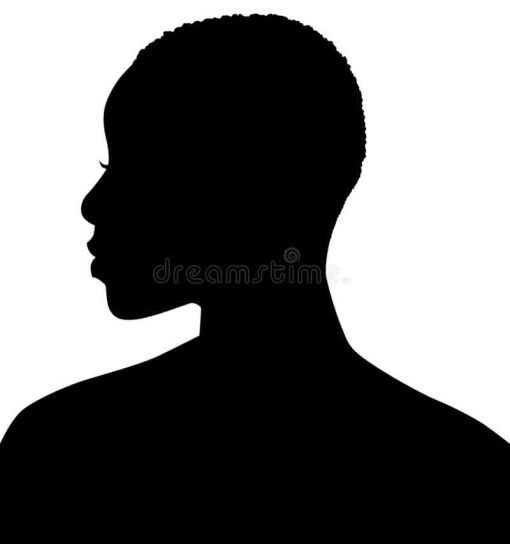 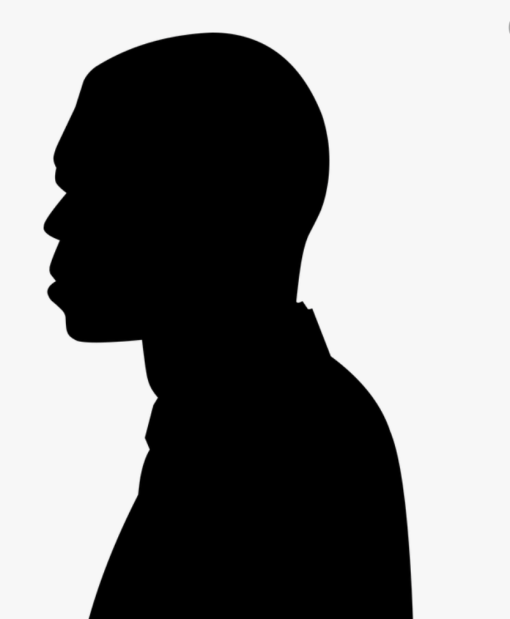 Howard Fuller’s career includes many years in both public service positions and the field of education. Dr. Fuller was a Distinguished Professor of Education, and Founder/Director of the Institute for the Transformation of Learning at Marquette University in Milwaukee, Wisconsin.
He retired from Marquette on June 30, 2020.

His prior positions included: Superintendent of Milwaukee Public Schools June 1991 - June 1995; Director of the Milwaukee County Department of Health and Human Services 1988 -1991; Dean of General Education at the Milwaukee Area Technical College 1986 - 1988; Secretary of the Wisconsin Department of Employment Relations 1983 - 1986; and Associate Director of the Educational Opportunity Program at Marquette University 1979 - 1983. He was also A Senior Fellow with the Annenberg Institute for School Reform at Brown University 1995 - 1997.

He serves on the Board of the Dr. Howard Fuller Collegiate Academy, Milwaukee Charter School Advocates. He is an Advisory Board member of the National Alliance for Public Charter Schools.

His memoir, No Struggle No Progress was published in 2014 and is also available on Amazon Audiobooks.

Sylvester Mobley is the founder and CEO of youth tech education nonprofit, Coded by Kids (CbK). Through CbK, Sylvester works to increase access to tech education opportunities for those who are underrepresented in tech, especially children of color. Sylvester works to ensure that every child has the support and resources to become the next generation of tech and innovation leaders.

Under his leadership, CbK has grown from serving fewer than 15 children in one Philadelphia recreation center to more than 500 students per week in schools and community centers in three states. Sylvester has received awards for his work from several organizations including Philadelphia City Council, the Philadelphia Business Journal, and The Philadelphia 76ers. Sylvester is also a recipient of the prestigious Philadelphia Award.

Sylvester is a veteran of the war in Iraq, with 12 years of military service. Sylvester is also a graduate of Temple University’s Fox School of Business.

Abington to receive a Bachelor of Arts in Psychological and Social Sciences. Dutton continued his stride to educational excellence receiving his Master's Degree from Lincoln University in Education with a concentration in Elementary Education becoming a fully certified teacher.

In 2013, Marvin’s Education Services (M.E.S.) was birthed to increase academic skills by equipping students with educational strategies. M.E.S. offers afterschool programs, tutoring and educational products. In addition, M.E.S. is one of the leading substitute teaching agencies providing employment for teachers in the Philadelphia area. In 2016, Dutton became a published author releasing the M.E.S. School Readiness Curriculum. This great work was recognized by the White House earning Dutton the Presidential Volunteer Service Award with President Barack Obama.

Angela E. Mike is the Executive Director of the Career and Technical Education (CTE) Division of the Pittsburgh Public School District. Angela oversees 21 CTE programs located in six of the high schools and she is responsible for multiple career exploration elective courses at the high school and middle school level.  A district employee for over 24 years, Angela has also served as a CTE Curriculum Development Project Manager, Cosmetology Instructor, Career Development Instructor, and Graduation Project Instructor.  Angela currently serves on the Superintendent’s Academic Cabinet.

Under Angela’s leadership, the CTE Division has successfully secured grant awards from the Pennsylvania Department of Education, Partner4 Work, and The American Federation of Teachers/Pittsburgh Federation of Teachers.  She significantly increased student certifications from 6% to 96% in her tenure and increased work based learning experiences for students in CTE.She also worked with The Pittsburgh Promise on the pilot initiative to allow CTE students early access to Promise scholarship funds for use in dual enrollment programs to fast track their careers.

Katherine Gilmore Richardson is serving her first term as Councilwoman At-Large for the City of Philadelphia. Gilmore Richardson’s demonstrated track record of service and leadership within the community helped her to become the youngest woman ever elected City-wide and the youngest African American woman ever elected to Philadelphia City Council in November 2019. Gilmore Richardson previously served as a staff member for Councilwoman Blondell Reynolds Brown for 11 years in roles ranging from Constituent Services to Chief of Staff. During her tenure, she helped secure passage of progressive policies affecting and advocating for women, children, people of color and more.

Previously, Katherine served in healthcare at Pennsylvania Hospital where she created a transitional work program, and at Overbrook High School where she taught math and computer science.

A lifelong Philadelphian, Katherine was born to a teenage girl in South Philadelphia and adopted by her loving parents James and Pastor Lorraine Gilmore who taught her the values of hard work, perseverance and reaching back to help others.
Katherine is a graduate of the Philadelphia High School for Girls and West Chester University where she earned a Bachelor of Arts degree in political science and a Master of Science degree in public administration. She also completed the Women's Campaign School at Yale University, the Center for Progressive Leadership and the Zeta Organizational Leadership Program.

Katherine resides in Wynnefield with her husband David and their three children. She serves as a 52nd ward committeeperson and Board Member of Wynnefield Residents Association. Katherine is a proud life member of Zeta Phi Beta Sorority, Incorporated and most recently served as Vice President of the Philadelphia Young Democrats.

Carl Redwood, Jr. is a social worker and has participated in various community organizing efforts on the local, national, and international levels. He has been a part time faculty member at the University of Pittsburgh, School of Social Work for many years.

Carl was a union organizer for faculty unionization at Pittsburgh Universities as part of the Academic Workers Association of the Steelworkers.

Carl is active with the Hill District Consensus Group working to build the leadership and power of low-income and working class residents of the Hill District to advance racial and economic justice in our neighborhoods, our schools and our city. Carl serves on the board of Pittsburgh United, a coalition of community, labor, faith, and environmental organizations committed to advancing the vision of a community and economy that work for all people. He is also a board member of The Abolitionist Law Center, a public interest law firm inspired by the struggle of political and politicized prisoners, and organized for the purpose of abolishing class and race based mass incarceration in the United States.

Writer, activist, and community curator, Darrien Johnson is a 22-year-old lover of all things community from the city of Philadelphia. Growing up, Darrien not only sought for a greater change but she also put herself in spaces where she was able to create it. She attributes her long time passion of serving others to her involvement while attending her high school Alma Mater, Sankofa Freedom Academy Charter School, and in liberating organizations like Philadelphia Freedom Schools where she notably volunteered her time advocating for youth rights. During these four years, Darrien served as a student representative on the Student Reform Commission for the Philadelphia School District, co-founded an organization surrounding the quality of education in Philadelphia, led as a youth campaign organizer, for now, City Councilman Isaiah Thomas, and completed her senior internship in the community affairs department of the Philadelphia City Controller’s Office.

This work continued at the illustrious Delaware State University (DSU), where Darrien became involved in several different organizations on campus. From becoming a member of her esteemed organization, Delta Sigma Theta Sorority, Incorporated, and serving as her chapter’s president to supervising a team of residential assistants, she has impacted the student body largely. During her senior year at DSU, Darrien also received many different awards including a presentation award presented by the Annual Regional HBCU Summit and the Ernest E. Just Award, from the brothers of Omega Psi Phi Fraternity Incorporated, highlighting her service in the community. In May 2020, Darrien graduated with her Bachelors of Science degree in Public Health.

Since graduation, Darrien has been working profusely on various initiatives in her hometown Philadelphia. Besides serving as a board member for the Thomas and Woods Foundation, Darrien also worked as a site coordinator for The Center for Black Educator Development, under the leadership of Shayna Terrell and Educator and CEO, Sharif El Mekki. Education, however, is not the only way she has impacted the youth.

As a co-founder of Millennial Juneteenth, Darrien, along with a collective of other young people, successfully organized three citywide social justice this summer. As a body, the organization strives for the liberation of Black and Brown people through the planning and coordination of effective programming which serves to shift the perspective and highlight the significance of economic empowerment, mental health awareness, and political involvement in Philadelphia communities and eventually HBCU’s nationwide. Thus their progress has already been featured in The Philadelphia Inquirer, WHYY, and the Philadelphia Tribune.

This fall Darrien will begin her graduate program at Columbia University in the city of New York, in which she will be working towards obtaining her Master’s Degree in Non- Profit management. In addition, this community curator plans to continue to advocate for underrepresented youth, striving for sustainability through the creation of safe spaces and creative programming. 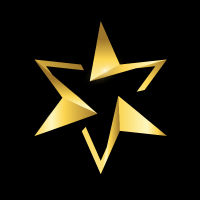